FAQs: For the Parents

This might come as a shock to some of you, but occasionally, you aren’t the one getting divorced. Sometimes, it’s your CHILD that is getting divorced. And you suddenly have feelings about it. Maybe even sad feelings. And it’s pretty common that your child won’t understand your feelings. Maybe your child is actually quite happy to get divorced, and you’re sad about it. Or maybe your child is sad, and you’re happy about it. Either way, we want to help you get on the same page so then you can both focus on planning and paying for that second wedding. So we’ve decided to answer some FAQs. For the parents.

My daughter just told me she is getting divorced from her husband, and I had NO idea things were even going badly for them! Why didn’t she tell me?
Well, the answer to this question is pretty simple. If she told you, say, 6 months ago that her husband is kind of an asshole, then for the next 6 months until she told you they were getting divorced, you would basically hate him. But she would still be married to him. Do you see the problem here? She couldn’t tell you earlier, because then if SHE forgave him, you might NEVER forgive him. And what if they NEVER got divorced? From then on, all holidays would be awkward for her. And she was NOT going to ruin Christmas Eve dinner, she just was NOT going to do that. Trust us. And what about Flag Day? No one wants Flag Day to be awkward.
My son is getting divorced and I will miss his wife so much. We had become very close! How do I cope with these feelings?!
If YOU love her so much, why don’t YOU marry her!?
But seriously. Put on a brave face for your son, man. Lots of people we like in life come and go. But it’s time to be on your son’s team and support him. HE needs you now. She’s got her own parents to whine to.
I’m humiliated. No one else in our family has gotten divorced, my child will be the first. What do I TELL people?
You tell them that your son or daughter got divorced. Do you want to know why they won’t care? 1) No one cares as much about you and your life as you imagine they do. And, 2) Everyone gets divorced. If this is the only person in your family who has ever been divorced, then you have a bigger problem, and that is, you have a very weird family. Or you just have a family of people pretending to be happy. Which is also weird, when you think about it.
I don’t want to pay for another wedding.
That’s fair. 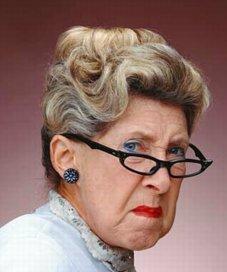