Celebrity Splits 2012: A Year in Review

Well, it’s the end of the year, AGAIN. And as we ring in 2013, we sit and reflect on the biggest and most shocking celebrity splits of 2012.

They split this year after 30 years of marriage (which, if you do the math, is actually 5,432 in “celebrity marriage” years.) But really, no celebrity split is SHOCKING. We only give it that label because we’re surprised one or both of them thought they could do better. We heard a rumor that Rhea left Danny because of his “womanizing ways.” Now just look at the picture below and try to wrap your mind around that.

So Heidi Klum is a beautiful super model and Seal (although he admittedly has a lovely singing voice) is not a super model. It was only a matter of time before Heidi started up with her bodyguard. We also heard that Seal is kind of bossy and crazy.

Katie used to be cute on Dawson’s Creek. And then the only celebrity shorter than Danny Devito married her, put a baby in her, and used a magic Scientology machine to suck out all of her emotions. The thing we found most interesting about this split is that people seemed truly surprised by it. We hate to use our own motto (just kidding. we love to), but everyone gets divorced. So no one’s divorce should REALLY surprise you. But especially not one between Tom Cruise and anybody.

I don’t even know what to say.

This was really the most typical celebrity marriage of them all. A sex addict?? A pop star?? Will he cheat?? Will she keep wearing outrageous wigs and fashions?? They’re both so wacky! Will they really be able to make it work?? The answer is no. Of course not. Of COURSE not. Boring. 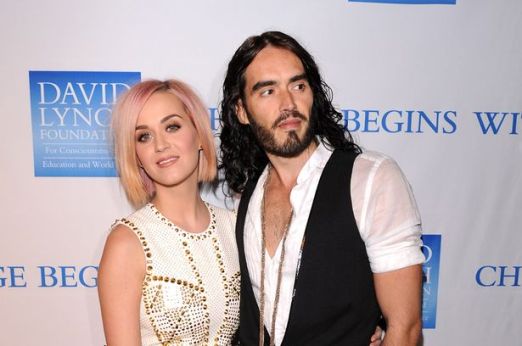 Even they’re bored by their zaniness.

We might not have told you this before, but we are like a two-headed Nostradamus when it comes to predicting celebrity splits. Here are our top four predictions for 2013:

1) Will Smith and Jada Pinkett Smith: This marriage has allegedly been floundering for awhile. They both regularly deny that they are getting divorced, but we know better. There was a rumor that Jada had an affair with Jennifer Lopez’s ex, Marc Anthony. And if you are stooping to the level of having an affair with Marc Anthony, things must be bad. Like, Marc Anthony bad.

2) Anne Hathaway and Adam Shulman: We know, we know. You have no idea who her husband is. That’s ok, no one does. We put them on the list largely because Jessica finds Anne Hathaway extremely annoying, and she thinks she looks kind of like a meerkat. But also because we are well aware that Anne Hathaway’s LAST boyfriend was a real estate scam artist who is currently serving time in prison. So… we question her judgment.

3) Kanye West and Kim Kardashian: They’re not married yet, but we already know it’s not going to last. Kim Kardashian is incapable of being with any one person for too long because her mom doesn’t want her to. In order to stay relevant, she has to constantly be seen with new famous people. We expect Kim to date 5 to 6 new people in 2013, until she runs out of dudes with names that start with K. At which point, the world will end.

EDIT: We just found out Kim is pregnant with Kanye’s baby. First of all, who cares. But more importantly, they’re still breaking up. Sorry. P.S. THIS WILL BE THE SHORTEST BABY IN THE WORLD.

One thought on “Celebrity Splits 2012: A Year in Review”